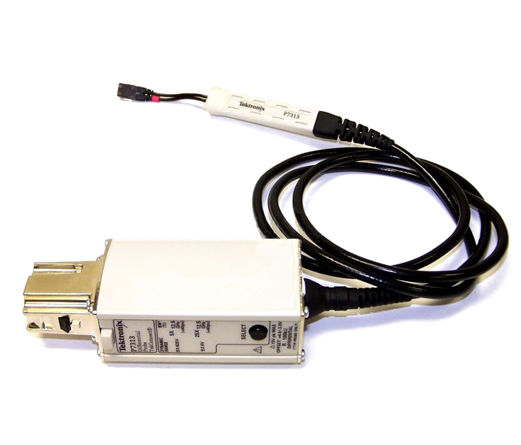 Rent or Lease Get Quote Buy Used Get Quote
12.5 GHz Z-Active(TM) Differential Probe for use in applications such as PCI-Express I & II, Serial ATA II, USB 2.0, DDRII, Rambus, XAUI, etc. The Z-Active architecture is a hybrid approach composed of a distributed attenuator topology feeding an active probe amplifier. The Z-Active probes use a tiny passive probe tip element that is separate from the amplifier, extending the usable reach of the probe. In traditional active probes, adding this much length can introduce signal fidelity problems. However this architecture maintains high DC input resistance and presents a higher AC impedance than previous probe architectures. It accomplishes this while providing significant length between the probe body and the probe attachment point to the DUT. This architecture provides the best of both worlds: high DC impedance like existing active probes and the stable high frequency loading of Z0 probes. Signal Fidelity Z-Active architecture provides: High bandwidth Excellent step response Low loading High CMRR Connectivity This family of probes uses Tip-Clip(TM) assemblies, an interchangeable probe tip system that enables customers to configure their probe with the optimal tip for their application. These detachable assemblies make it possible to replace a tip for a fraction of the cost formerly associated with such hardware changes. The several lengths and variable spacing of the assemblies provide flexibility for adapting to vias and other test points of differing sizes. With Tektronix Tip-Clip assemblies, Mondays solder-in probe can become Tuesdays handheld tool, simply by switching tips. The Z-Active probe design allows the probe to easily switch between solder, handheld, or fixtured applications.
Read More
Base Model
Standard Rental Accessories*

Basics of Differential Probes for Oscilloscopes and their applications: a tutorial